In memory of iconic architect Richard Rogers, Midland Structures would like to celebrate one of his most famed designs that propelled high-tech architecture into the spotlight, the Pompidou Centre.

Roger was a pioneer of high tech in architecture, buildings typically characterised by their exposed structures which incorporate industrial materials such as steel.

Who is Richard Rogers?

Richard Rogers is one of the most renowned architects in the world.

Over his career spanning seven decades, Rogers designed some of the world’s most iconic buildings, including Paris’ Pompidou Centre, the Millennium Dome and the ‘Cheesegrater’ Leadenhall Building in London, The Senedd in Cardiff,  terminal 4 at Barajas Airport in Madrid and terminal 5 at London’s Heathrow.

Rogers won numerous awards for his designs, including the Pritzker Architecture Prize, and was knighted as “The Lord Rogers of Riverside”.

Why was the Pompidou Centre built?

In 1971, President Georges Pompidou launched a competition to design a centre for contemporary arts and culture in Paris.

Out of the 681 applicants, Richard Rogers and Renzo Piano were named winners. They were both in their early 30s and had only designed 14 projects; in Piano’s words they were “teenagers, young boys”. Piano continued, “When you are that young, you are innocent. What you do is what you feel”; he explained their proposals “were an exercise in freedom, not guided by any desire to win or compromise”

Why is the Pompidou Centre’s architectural design iconic? 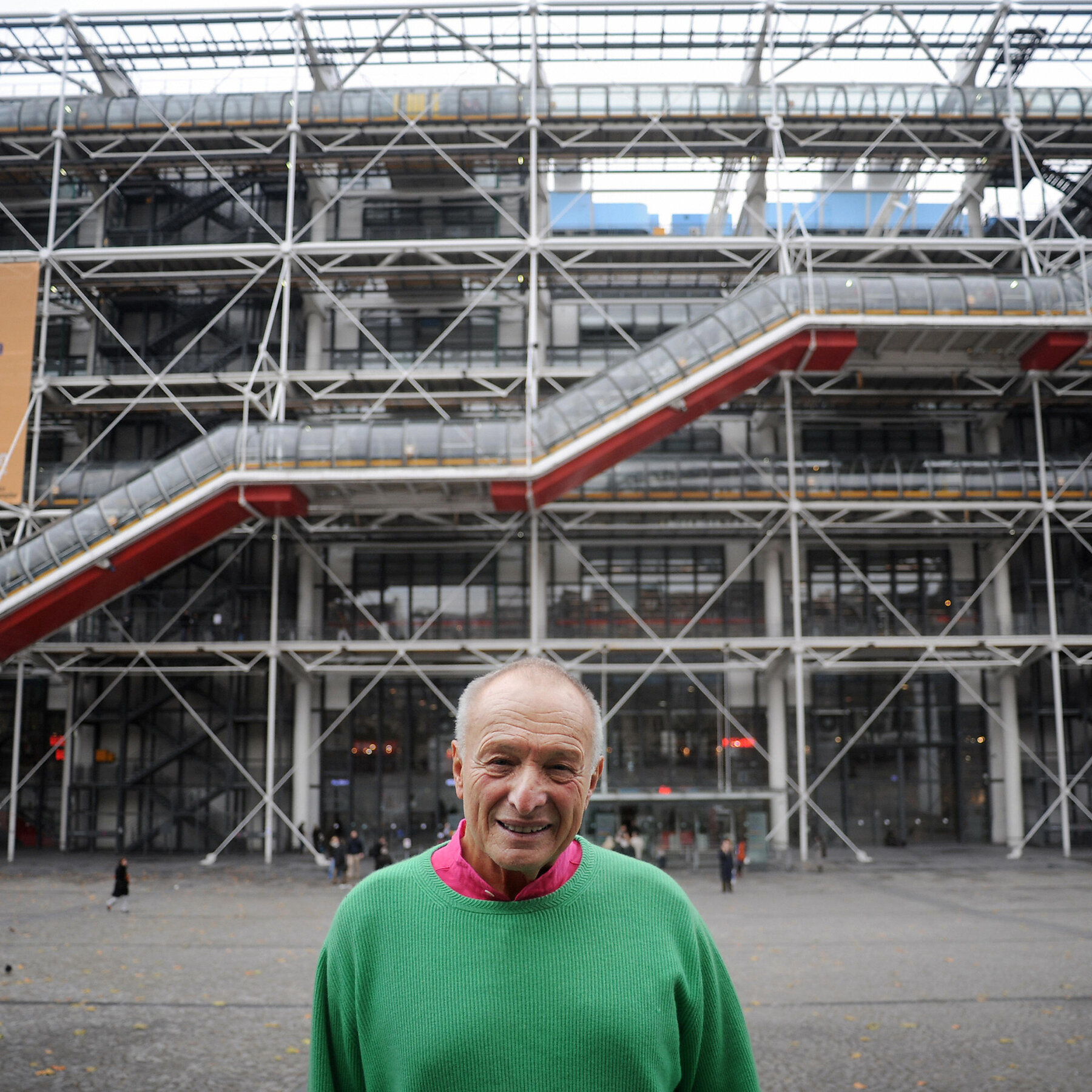 The Pompidou Centre has six stories, all of which are column free. This is so that the inside space can be flexible, it can be easily adapted to suit different uses.

This unencumbered interior is possible because the structure and mechanics of the building, such as the corridors, escalators and pipework, are all on the exterior. The centre soon became known as the inside-out building.

More than 15,000 tonnes of prefabricated steel parts have been used to construct the exposed structure. The scale of some of these prefabricated parts are rare in construction, notably its 10-tonne gerberettes.

The exterior components are colour coded to denote different services; air conditioning is blue, red is for the escalators and lifts, the electrics are yellow, and the water circuits are green.

Half of the site is occupied by the building, with the other half being a public square. The idea for Rogers and Piano was to create not only a “building but a town where you find everything – lunch, great art, a library, great music”.

The two architects wanted to make museums and culture more accessible, to move on from the “dusty” and “boring”. And that’s exactly what they achieved.

In the words of Piano, “The centre is like a huge spaceship made of glass, steel and coloured tubing that landed unexpectedly in the heart of the Paris, and where it would very quickly set deep roots.”

How was the Pompidou Centre received?

Radical in its design, many critics’ responses were hostile. According to the Guardian it was “hideous”, Le Monde described it as “an architectural King Kong”, and Le Figaro claimed “Paris has its own monster”.

It was, however, a major hit with the public. The number of visitors was five times what was predicted.

More than 150 million have visited the Pompidou Centre since its opening.

Richard Rogers is one of the world’s most influential architects, having profoundly shaped many of the greatest cities’ skylines.

The Weighted Vests Aids In Strengthening The Heart And Healthier