Automation can make your life much easier. 73% of IT and engineering leaders say that it’s helped save 11 to 50% of the time they used to spend on manual processes. Automation not only streamlines and accelerates labour—it can also reduce costs.

When properly implemented, automation can maximize your organization’s operational potential without necessarily incurring additional costs. However, many hesitate to make this change due to the risk of improper execution and costly mistakes.

To avoid this, you need to set realistic goals and understand the limits of automation. Knowing how automation began and being aware of how it can fail is a good place to start.

History and Trends of Workflow Automation

The idea of automation dates back to ancient Greece, where Homer coined the term “automation” when describing a self-moving chariot.

But it wasn’t until the 19th century that automation became a reality. The Industrial Revolution gave rise to various types of machinery that increased output with more precision and less need for human involvement. Around that time, Charles Babbage developed the Analytical Engine, also known as the very first programmable computer.

Following a few failed attempts at AI between the 1960s to 1980s, interest in robotics dwindled. It re-emerged in the 90s with huge breakthroughs in the field, including the development of an artificial intelligence (AI) system called Deep Blue, which made headlines for defeating Grandmaster Garry Kasparov at chess.

In 2011, Apple launched its built-in virtual assistant, Siri. This shifted the tech world’s focus from physical robots to attended automation and AI software. Increasingly large volumes of data could no longer be handled by human employees alone, and automation became a necessity to process valuable insights into consumer behaviour. As much as 95% of IT and engineering experts say automation is a top priority among their organizations.

While automation had its bumps, it’s clearly here to stay. Though mistakes can be unavoidable, they can be mitigated by knowing the common automation errors companies can fall prey to.

1. Everything Can Be Automated

Statistics by McKinsey state that 60% of all occupations can automate a third of their activities. This prospect is attractive to many businesses seeking efficient, accurate, and consistent output, but just because you can automate most things doesn’t mean you should.

For example, you can’t automate processes that run on several variables. A machine will be unable to make judgments or recommendations based on a customer’s last-minute changes. This can disrupt established processes and yield costly results.

The Knight Capital stock crash of 2012 is an example. The financial services firm excessively relied on automation with minimal human involvement. Without anyone to oversee what was happening, the firm unintentionally purchased billions of dollars worth of stock shares. The financial and reputational damage was so huge that the company ultimately bowed out.

At the end of the day, humans are capable of cognition and judgement beyond what automated programs can do. When identifying processes that you shouldn’t automate, consider subjective or highly complex workflows within your organization. Similarly, don’t attempt to automate tasks that humans themselves can’t complete.

Since automation can displace up to 800 million people by 2030, many feel machines will eventually replace them. This can lead to the creation of new jobs or employees having to learn new skills or switch occupations altogether. 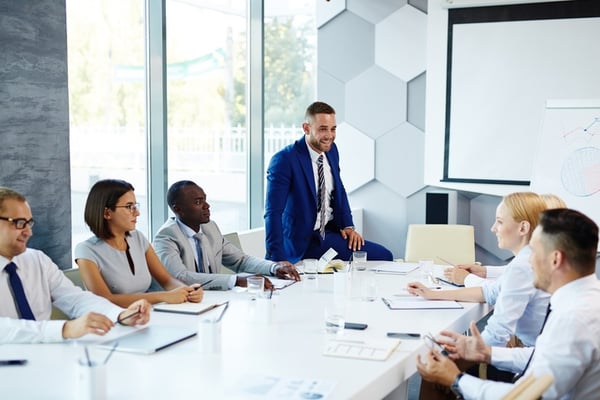 It’s best to automate predictable, tedious or menial tasks like filling out forms or scheduling requests, allowing human workers to better upskill themselves.

3. Automation is the Same As AI

While people often use “automation” and “AI” interchangeably, there’s a huge difference. AI consists of technologies that simulate human intelligence, while automation refers to software that performs a specific task based on pre-programmed rules.

Apple, for example, uses AI to suggest songs on Apple Music, time the frequency of your handwashing, and identify micro-movements to capture your sleep patterns. Meanwhile, Axis Bank and Deutsche Bank use attended automation to streamline business processes and improve workplace productivity.

To determine which one to use, automate your simple processes first. Automation should serve as an underlying foundation before you introduce AI to your workflow.

4. Everyone Will Adjust to it Right Away

While many welcome the impact of automation, others may not be on board. In fact, 45% of Gen X workers are concerned about losing their job to automation.

To assuage your employees’ anxiety, provide a roadmap. Explain how automation can propel the company forward and not just increase productivity. It’s also important to help your team develop new skills or assign them functions. Once your automation system is in place, conduct clear step-by-step training and run it with your team. Moreover, giving team members some control over the decision-making process can help them adapt better to changes.

Automation isn’t finished once the setup is done. It still requires human supervision. After all, unforeseen circumstances can still disrupt the workflow.

Conducting preventive maintenance regularly ensures that your processes work optimally and minimizes risk. If you rely too much on reactive maintenance, you’re likely to lose $10,000 to $250,000 for every hour of downtime.

Before automating your processes, identify the appropriate preventative maintenance system and determine an implementation schedule. Committing to this schedule ensures control in case of an interruption. Moreover, it reduces costs and the likelihood of software failure. Finally, you’ll also need to identify the right person for the job and create a culture of accountability. Take time to communicate goals and responsibilities with your team. Find the right workflow management tool for your organization.