It has been just a bit over two years since the idea of Britain officially leaving the European Union (EU) became reality. 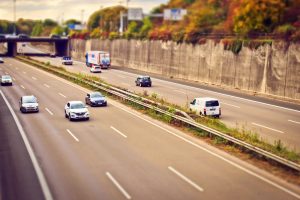 People have had enough time to get used to the idea of leaving the EU and months of politicians hashing out all the different deals they would cut out when Britain finally leaves. While political leaders are doing a lot of arguing and talking, things are already changing on the ground. For some sectors, it is beyond the point of no return, in spite of the fact that the idea of Britain leaving the EU hasn’t been fully realised.

Uncertainty pertaining to the future is one of the major disruptions that has come as a direct result of Brexit talks. It is the case for the vast majority of sectors, but the haulage industry specifically is feeling the pinch. Without knowing what the deal will be or whether one will be reached, haulage companies cannot offer quotes and prices for the period after March 2019 or even provide answers to basic questions from customers. Since leaving the EU may impact taxes, trade routes, customs fees, trade routes, and just about every other aspect of haulage, it is simply impossible to predict how much timescales and prices are likely to be affected.

FTA Concerns Have Been Ignored

The Freight Transport Association (FTA) raised concerns early on in the process about the impact of Brexit on the ability of Britain to trade. The FTA actually provided the government with a list of ways to make customs borders work after Brexit, detailing solutions and ways of handling the new problems likely to be brought about by Brexit.

James Hookham, the FTA’s deputy chief executive laments that none of the 8 demands contained in the list the FTA forwarded to the government have actually progressed. That’s true – not even one of the solutions and suggestions provided by haulage professionals was taken into consideration by Brexit ministers. Mr. Hookham is now saying that there is no guarantee that haulage companies in the UK can continue employing the 43,000 HGV drivers in Britain who are nationals of other EU countries.

Loss of Thousands of Drivers

The last point is a great cause for concern. Currently, there’s already a shortage of qualified HGV drivers with a Cat C licence in the United Kingdom, with the 20,000 new drivers that come into the industry each year still leaving a deficit of more than 50,000 skilled drivers. The shortage in skills has been going on for more than five years now, in spite of efforts to get new drivers into the profession, the industry is still under a lot of strain.  If Brexit translates to the loss of over 43,000 haulage drivers, the shortage will most likely double and Britain’s business and trade infrastructure is likely to be in danger of collapsing.

Obviously, this is a sentiment shared by many other industries. Brexit is exposing the numerous flaws in the infrastructure and forcing lots of unpopular changes. In the haulage industry, these few are just the start. A future beyond Brexit is likely to see roads clogged with HGVs attempting to cross the border (since new paperwork checks for UK lorries going abroad would translate to a two minute delay for every vehicle at Dover, which would lead to a 17-mile tailback) and hundreds if not thousands of qualified drivers being forced to either turn down opportunities in the EU or take their qualifications all over again, because their UK driving licenses would no longer be recognised by the EU.

Brexit has already started creating problems in the industry, and such issues are only likely to get worse as time goes by. It is hoped that the FTA will be able to work with the government to come up with a deal that keeps Britain trading without leading to the collapse of a very important economic industry.

The Most Expensive Houses In London

Accentuate Your Home with Door Handles and Knobs