A state-of-the-art technology called the load volume scanner may not have the most eloquent name, but this piece of kit has been helping companies dealing with the shipment of raw materials save thousands if not tens of thousands of dollars a year.

The device is used to scan payloads of raw materials and other cargos. Rather than using traditional weigh scales that are manually operated, the Load Volume Scanner (LVS) uses its deadly accurate 3D imaging system to scan the payload and deliver a volumetric measurement to the operator. This information is not only read by the operator but also send back to a central system that records the measurement.

Most of the companies using LVS systems are trucking companies as well as quarries and mines that use trucks and other transportation to take quarried or mined materials from the site to storage.

One of the primary reasons these types of businesses are saving on overheads is because the LVS system saves a lot of time. The device delivers the measurement within seconds of the scan. This means manual labour needed to use traditional weighing systems is cut out altogether. Human resources can then be used in other areas of the business to improve productivity.

Also, one of the more obvious reasons LVS systems are helping businesses improve their bottom line is due to the reduction or elimination of oversupply or undersupply of materials. Undersupply can often mean giving discounts or having to deploy further transportation to make up for the shortfall. Conversely, oversupply means in the long run the business delivering the goods is giving away materials for free and on some occasions may have deploy transport to pick up the oversupply, which again costs money.

The same principle also applies to mines and quarries. Due to the LVS’s accurate scanning mechanism, the exact amount of material is recorded. In the past this was not always the case and miscalculations often meant balance sheets were not accurate because the stock was overestimated overvaluing the company’s inventory when submitting the figures for current assets.

Companies that have opted to use LVS systems do not have this problem. The LVS measurements are within one percent or minus one percent accuracy at the most, and we are talking about the worst-case scenario here, which is impressive.

One of the key companies involved in the distribution of LVS systems for truck payload measurements is Loadscan. The company is based in New Zealand and distributes globally. To get an idea of just how many industries the LVS truck payload systems have had a positive effect on several industries Loadscan’s team has posted a number of case studies. 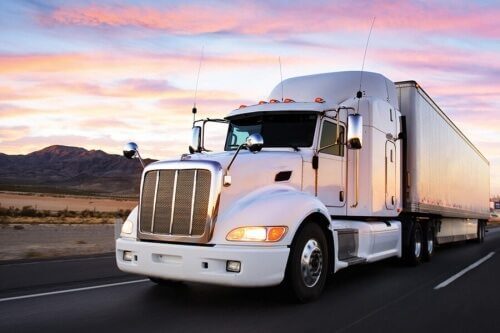 From mines that use automated trucks with LVS devices working around the clock to provide accurate measurements to the mine using the technology to companies that need to scan the weight of materials while trucks are transporting the materials, Loadscan has an array of information on just how much of a positive impact this ingenious technology has had on numerous operations.

Free Web Hosting: Learn It All From Just One Article